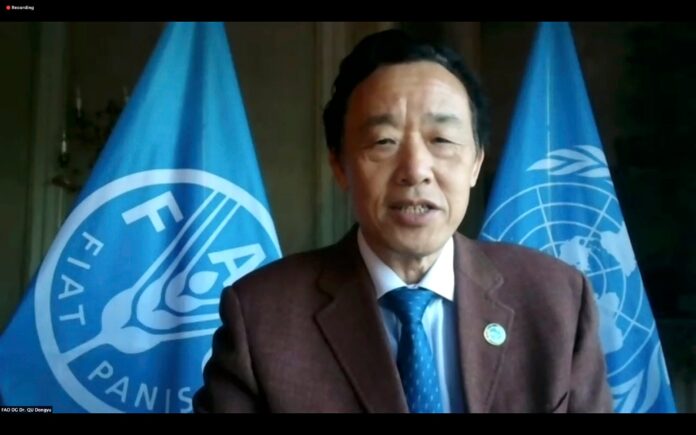 CEM REPORT | The Food and Agriculture Organization of the United Nations (FAO) is published an appeal for humanitarian assistance to the tune of $183.5 million to avert a food security crisis in Ukraine following the invasion of the country by Russian government.

The United Nations flash appeal in support of Ukraine released Tuesday seeks to provide food and agricultural livelihoods assistance as well as cash for urgent needs to some 2.8 million people. Among these, 1.3 million people will receive cash transfers for meeting urgent needs, including food. Another 1.5 million people will be reached by partners in the Food Security and Livelihoods Cluster – co-led by the Food and Agriculture Organization of the United Nations (FAO) and the World Food Programme (WFP) – with in-kind donations of food and agricultural inputs.

“In 2021, one in four people in Eastern Ukraine were already food insecure as a result of various challenges and the COVID-19 pandemic, with 1.1 million people in need of food and agricultural assistance,” the FAO Director-General QU Dongyu said, expressing his concern about the potential impact of the current emergency on access to food and the possible expansion of food insecurity among affected communities.

Speaking at the Launch of the UN’s Humanitarian Flash Appeal and the Regional Refugee Response Plan for Ukraine, the Director-General reaffirmed FAO’s intention to scale up support in providing cash for vulnerable households and emergency agricultural support, together with partners.

FAO has a field presence across all of Ukraine and experience in delivering cash-based assistance to rural communities in the country.

Qu emphasized that boosting access to food and bolstering food security must be a priority, and demands collective attention.

According to the appeal, the drastic deterioration of the security situation in Ukraine could exponentially increase the number of food insecure households, as farming families and owners of small agricultural operations flee conflict-affected areas. Farmers could miss the May planting season, the appeal notes.

Qu also warned about possible implications of the crisis for food security beyond the region, including countries who rely to varying degrees on wheat sourced from that region.

Disruptions to international food markets resulting from the conflict could potentially put pressure on import-reliant countries, especially those already experiencing high levels of food insecurity or grappling with their own food crises.