Home Top Global News Sanctions on Russia: What Removal from Swift will Cause Global Economy 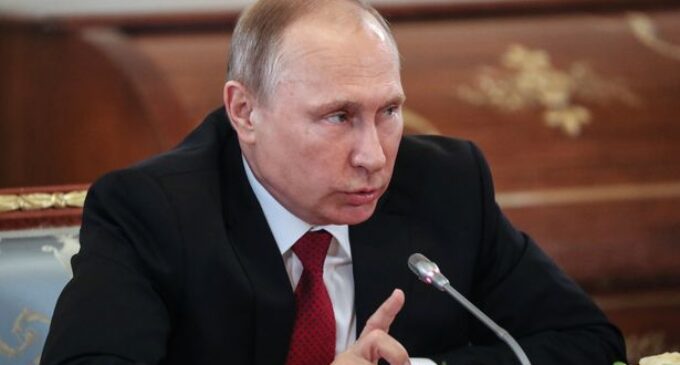 CEM INSIGHT | What is regarded as the Financial Nuclear Weapon against Russia is now being unleashed on the Soviet defender in an effort by the global community to stop its invasion of Ukraine.

CNN Business announced Monday that the European Commission — along with the United States, United Kingdom and Canada — pledged Saturday to remove Russia from the Society for Worldwide Interbank Financial Telecommunication (SWIFT), a global messaging service that connects financial systems, as part of stricter moves to remove Russia from the international finance system.

According to CNN, the Society for Worldwide Interbank Financial Telecommunication is used by over 11,000 financial institutions to send secure messages and payment orders — kicking Russia out of it is considered a “nuclear move.”

The countries also committed to imposing “restrictive measures” that would prevent the Russian Central Bank from deploying its international reserves in ways that undermine the impact of sanctions. EU Commission President Ursula von der Leyen said the measures will paralyze Russia’s central bank assets and freeze its transactions, making it impossible to liquidate its assets.

The sanctions are likely to hit the rouble hard when markets open on Monday, said Sergey Aleksashenko, a former deputy chairman of the Russian central bank who now lives in the United States, leading to the disappearance of many imports to Russia.

“This is the end of a significant part of the economy,” Aleksashenko added. “Half the consumer market is going to disappear. These goods will disappear if payments can’t be made for them.”

While this is targeted at Russian financial sector, it is also obvious that trade with the warring country will be hindered as payment will be restrictive; meaning that countries that depend on Russia for supply of some industrial material will be adversely affected as well.

Russia is a major supplier of oil and other industrial commodities to international market. Russia produces 10% of the world’s oil and 40% of European natural gas but is also a major exporter of aluminum, copper, nickel, and cobalt, among other key commodities. In this light, some analysts are saying that banning Russian banks from SWIFT is likely to lift oil prices well above $100 a barrel.

Amrita Sen, a consultant at Energy Aspects, told Reuters that Brent crude prices will definitely go back above $100 and probably return to the highs of $105 if the ban takes effect. “But I wouldn’t rule out a quick move to $110 a barrel,” she added.

All these other commodities could see price spikes as a result of the ban from SWIFT. At least 10 oil and commodities traders have told Reuters that flows of Russian commodities to the West will be severely disrupted or halted for days, if not weeks, until clarity is established on exemptions.

Even though full sanction on Russian Energy sector is still being mulled, response of price in the last two days send a strong signal of the impact it will have on the global oil market. Prices seems to be settling above $100 per barrel; a phenomenon causing uneasy effect for the White House.

Still on individual impact, Germany undeniably, will share from the business disruption the SWIFT ban on Russia will cause. Germany has the EU’s biggest trade flows with Russia; the reason for the earlier reluctance to cooperated with its EU counterparts to slam the sanction on Russia. Germany’s announcement of measures to limit collateral damage is an attestation to the fact.

Conclusively, as it stands, world leaders are ready to accommodate some economic inconveniences to rally round Ukraine as its territorial sovereignty is being humiliated by Russia.