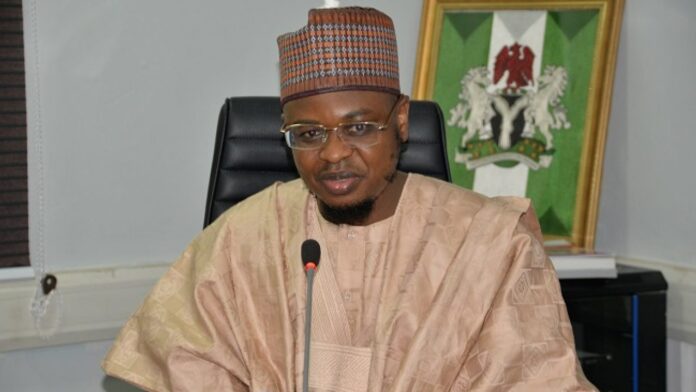 CEM REPORT | The Ministry of Communication and Digital Economy has disclosed that Nigeria recorded a yearly outflow of foreign exchange for the telecommunications sector amounting to about $2.16 billion.

Following the development, the Federal Government has given the Nigerian Communications Commission (NCC) six months to initiate local innovative solutions to resolve Nigeria’s peculiar challenges in the sector.

Minister of Communication and Digital Economy, Isa Ali Pantami, who recently stated this at the Prototype and Research Exposition, in Abuja, said there was the need to build indigenous technology capacity to enable the country to participate fully in the telecoms ecosystem.

Pantami revealed that in its drive to develop indigenous capacity in the Nigerian telecommunications sector, the government launched the National Policy for the Promotion of Indigenous Content to develop and create quality local content to propel the sector.

According to him, most countries hinge their economic progress and productivity on their ability to engage in research and innovation to proffer workable solutions to their challenges and problems.

The minister stated that the Nigerian telecommunications sector had played key role, as the enabler to other sectors in the development of the economy and considered critical in Federal Government’s drive towards its economic diversification from over-reliance on oil.

He noted that while the nature of investment in the telecommunications industry remained capital-intensive and generally long-term, conducting research in telecommunications was extremely complex, because it involves time, huge funds and foresight, which he noted, must be sustained for several years for the investments to yield returns.

Danbatta pointed out that the measure would encourage the commercialisation of locally developed telecommunications innovations, as a way of fostering and deepening the indigenous technological capacity of Nigerians to support the growth of the industry and create wealth for allied companies.

He stated that the commission had, over the years, awarded grants to successful academic institutions for the development of working prototype telecommunications products, capable of addressing industry needs and providing sustainability.

“We shall be presenting and exhibiting 10 prototypes, fully developed and ready for the market. It is, therefore, important to have a commercialisation strategy to transit from rudimentary research into the market to address local challenges, as well reduce over-dependence on imported innovations and technologies,” he emphasized.