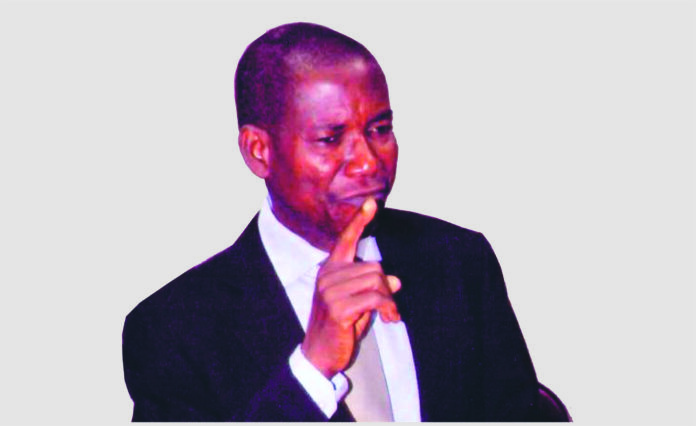 CEM ANALYSIS | The country is already getting into the mood of election through which a leader must emerge. The person who will emerge will steer the political, economic and social affairs of the country as the duties of the office demand.

These past years have gone through different leadership with no concrete development economically which is the principal yardstick to measure capability. Dr. Olusemore is bold to say that none of the past development plans have yielded the embedded objectives even the one by Obasanjo administration that aimed to launch Nigeria into 1st twenty economies of the world.

There is therefore palpable agitation within the mind of Nigerians about who should our next leader be.

These agitations arise from what every Nigerian is feeling right now economically. There are a lot of uncertainties about where the country is drifting. Every group discussion and debate about the economy is now being often characterized by confusion and despair fueled by the current economic quagmire

Arise Television, recently ran an episode on notable Nigerians that are possible choices for the presidency of Nigeria. In that program, some analysts handpicked a few who were judged as being competent to lead the country.

In an interview with Dr Alaba Olusemore, an Economist, a former Banker and the current Country Director, Small Business Academy Africa, He summed up the desired quality that our next leader must to make economic impact. He says; “We need a strong man”.

Now, what kind of a strong man should this leader be?

“From the 70s up till recently, Nigerians have had development plans; 1st, 2nd and 3rd development plans and none of these was either implemented or yielded any result. Planning is not just to layout course of actions, it is about implementation and evaluation. It requires knowledge and deliberate effort to implement a plan”; said Olusemore.

Nigeria need someone who possess the required knowledge to put up a viable plan and implementation strategy.

In a study published by Craig O Brown, in Journal of Monitory Economics in December 2019, it was discovered that Leaders with economics know-how drive faster GDP growth.

Researchers pored over the educational and professional backgrounds of 1,681 government leaders, including several United States presidents, and the economic data of 146 countries from 1950 to 2014. They discovered that Economies governed by former economics students grow faster than economies governed by leaders with other education backgrounds; a result which is most evident for presidents.

“Nigeria established Industrial Estates to accelerate industrial development. Those estates have been taken over by churches and some of the structures merely used as warehouses” said Olusemore. Non-oil sector development has remained a mere rhetoric over the years. This is due to economic myopia on the part of our leadership

We need an economic visionary leader at this point who will not rely only on what he is told but possesses a considerable requisite knowledge on the economy. This is the only way the country is going to be able to probably utter the current economic narrative. He must be someone who in himself knows what to do regarding economic planning, implementation and evaluation

“In sincerity, Nigeria is a difficult country to govern. Ethnic makeup of Nigeria makes it difficult to govern”; Olusemore affirmed

“Our leaders are often surrounded by hypocrites”; He said. This hypocrisy is born out of ethnic affiliations. This is a factor that have suppressed development in Nigeria over the years- ‘If it does not favor my people, I will not do it’.

Nigeria need a strong man who can still maintain his focus on implementing economic plans and development strategies amidst contending interest by political associates.

Dr Olusemore emphasized injustice as a bane of economic development in Nigeria. He said;

“There is still economic injustice – wealth of the Nation in the hands of few people, Social injustice – discrimination on the basis of religion, ethnicity and gender and political injustice – denying the right people access to power”

Frantically speaking, these are at the bedrock of poor economic plan implementation. Rate of sabotage is very pronounced fuelled by disparity in ideology.

In emphasis, Olusemore said, “All the regions in Nigeria don’t speak the same language economically; while some regions talk more on production and development, others talk more or are more concerned about consumption”

All these ideological disparity and Injustice can only be boldly faced and addressed by a strong man who is not tribal sympathetic. A strong man who can truly regionalize the economic development of this country

The strong man can truly be strong if he is selfless and does not hold personal gain stronger than national gain. This is only when damaging compromises will be minimal.

“A lot of Nigerian leaders take up power for power sake. Until we get a strong man who is selfless and with a clear vision of moving from point a to point b, we will won’t go anywhere economically”; Olusemore admonished

There are men who have exhibited credibility and integrity only up till the day government appointment letter is signed. At that point, personal ambition begins to cloud the vision for common good.

While commenting on sustainability, Dr Olusemore commended Lagos State that has been able to design a plan and seems to have been consistent in executing the plan.