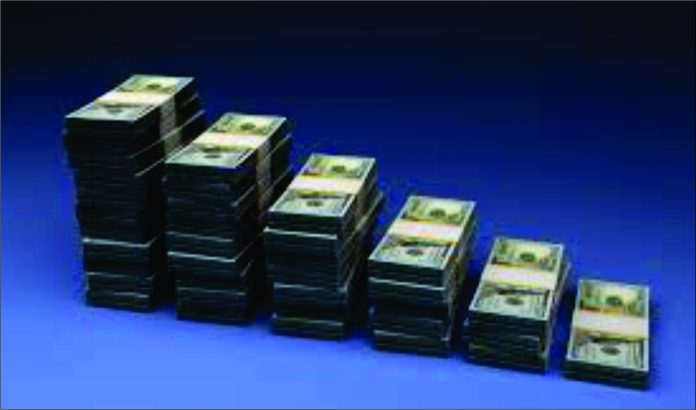 The decline experienced in FDI to Nigeria in the second quarter follows global observation on economic capital movement and warning on global decline in foreign direct investment occasioned by the outbreak of the coronavirus pandemic.

UN Conference on Trade and Development (UNCTAD) had earlier predicted global FDI flows to contract between 30 per cent to 40 per cent during 2020/21. In this report, developing countries are expected to be hardest hit by the decline. This followed the announcement in late March by the International Monetary Fund that investors had removed 83 billion US$ from developing countries since the beginning of the COVID-19 crisis, the largest capital outflow ever recorded.

By Destination of Investment, the NBS report stated that the entire FDI into Nigeria in q2 came through 3 States. Lagos state received $1.130b accounting for 87.30% of the total capital inflow in Q2 2020. The other two States are Ogun and Niger which received $11.00 and $6.86

With this report, there is a strong evidence of hard impact of Covid-19 on the Nigerian economy beyond disruption in direct revenue to government and internal economic activities. Therefore, there is a lot to be done by the Nigerian government to position the country as FDI destination as the world economy awakens from the economic lockdown.

The World Economic Forum itemized the following as critical to attract FDI to developing countries:

First, measures and supportive mechanisms to help local firms overcome supply-side constraints must be introduced and further strengthened. This is in the areas of the development of a system of quality certification that is often required to enter into the supply chains of foreign firms, and improvements in digital infrastructure that allow firms to operate remotely both along global value chains and in reaching out to foreign markets.

Second, export processing zones (EPZs), which have been an important tool for attracting FDI in many developing countries, should be designed in a way to link up to the domestic economy.