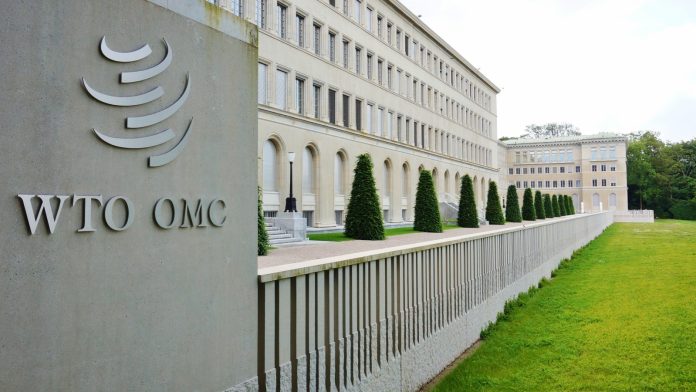 CEM News, Lagos
The General Council of the World Trade Organization have agreed to narrow the candidate for the post of Director General by consultation which will lead to the final selection by consensus.

Following the announcement to step down by the outgoing Director General, Roberto Azevêdo, General Council of the organization opened the nominating window for candidates in a bid to determining his successor in accordance with the procedures for the appointment of the Director-General.

With entry into the campaigned stage, running till 7 September, the organization is ready to enter the final phase.

“During this third phase, the General Council will seek to narrow the field of candidates through consultations led by Amb. Walker. The objective is to choose a candidate by consensus of all WTO members”; wrote ETO.

According to WTO’s Amb. Walker, the steps that had been agreed were in keeping with the 2002 Guidelines and with past practice, notably the 2013 process which resulted in the selection of DG Azevêdo.

Amb. Walker told WTO members that he, together with the Dispute Settlement Body Chair Dacio Castillo of Honduras and the Trade Policy Review Body Chair Harald Aspelund of Iceland, would meet individually with each WTO member between 7 and 16 September. This first round of consultations would be followed by two more, during which the field of candidates would gradually be reduced from eight to five and down to two for the final round.

In these consultations, the chair and his facilitators will ask each delegation the same question: “What are your preferences?” Delegations would be asked to produce a maximum of four preferences in the first round and a maximum of two preferences in the second round. Information obtained during these “confessional” sessions with individual members would, Amb. Walker said, “be treated in the strictest confidence” and members’ preferences would not be revealed. He reiterated that the objective was to narrow the field by identifying those candidates which were “least likely to attract consensus”.

“At the end of each round of the Phase 3 consultations, Amb. Walker and the facilitators would report the outcomes to members at meetings of heads of delegations. The timetable for rounds two and three of the Phase 3 process would be similar to that of stage one, Amb. Walker said.

According to the 2002 Guidelines, the key consideration in determining which candidate is best poised to achieve consensus is the “breadth of support” each candidate receives from the members. During the DG selection process of 2005, breadth of support was defined as “the distribution of preferences across geographic regions and among the categories of members generally recognized in WTO provisions: that is (least developed countries), developing countries and developed countries”.

Amb. Walker stressed that, as outlined in the 2002 General Council decision, the process would be guided by “the best interests of the Organization, respect for the dignity of the candidates and the members nominating them and by full transparency and inclusiveness at all stages”.

Also in view regarding the chronicle of DGs is the fact that no Black African has occupied the sit. While the DGs of GATT were all from European countries – United Kingdom, Switzerland, and the Republic of Ireland, the WTO DGs have been more diversified to include – Italy, New Zealand, Thailand, France and Brazil.

What can be the strongest point in the selection of a DG at this period? There is every need to select a more experienced individual to the WTO considering the devastating impact of COVID-19 on world trade currently.

How about diversifying further to reflect true diverse membership of the organization by selecting an African at this time? On the nomination list are Nigerian Ngozi Okonjo-Iweala and Kenyan Amina C. Mohamed.

Elizabeth Morgan wrote on Caricom Taday; “This is a time, I think, for a neutral candidate. He/she, in this environment, must be: a diplomat par excellence; an effective facilitator, a good negotiator, politically astute, a creative thinker, and a good administrator. He/she must also have stamina and courage, and be committed to strengthening the multilateral trading system. The likely successor has to be a bridge-builder contributing to raising the WTO above narrow self-interests which have undermined its credibility as the regulator, administrator and adjudicator of global trade rules.”

Nigeria to Import Fertilizer from Russia and Canada