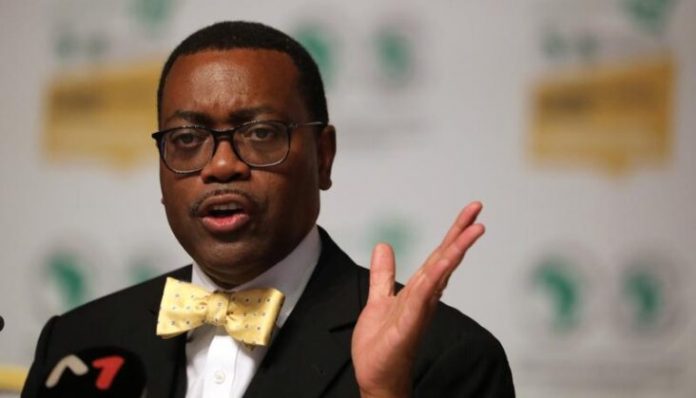 CEM Opinion, Lagos
The whole theatre of AfDB Whistleblowing and the accusation leveled against the Nigerian born Akinwumi Adesina wouldn’t ordinarily raise some critical curiosity if the Ethics Committee’s exoneration of the Chief Executive was endorsed and allowed to sail through.

Who would not wonder what the undertone are, regarding the composition of the crew behind the whistleblowing and the sway of the United States Treasury Secretary Steven Mnuchin on rejecting the findings of the Yano Takuji led Ethics Committee?

Except for some few cases, the mystic about whistleblowing in itself that allow anybody or a group to masquerade, make same invisible, throw up some internal issues, and yet charm very serious attention from high profile authorities as is being played out in this case, points more to personal gain than organizational interest.

This being further expounded by the solo championing of the push for fresh investigation by the US, disregarding internal mechanism, sincerely, further allude insinuation of geopolitics undertone or personal vendetta.

It is fingered in some quarters that the intense lobbying in favour of Akinwumi’s candidacy by a delegation led by former AfDB president Olusegun Obasanjo and Nigeria’s finance minister at the time Ngozi Okonjo-Iweala had caused friction.

According to the statement, Adesina’s emergence as the AFDB President ruffled the feathers of both the bank’s African shareholders, who had for a long time been split between Chad’s Bedoumra Kordjé and Zimbabwe’s Thomas Zondo Sakala, and the non-African ones, who had a preference for the candidacy of Cape Verde’s Cristina Duarte.

However, if the series of administrative conducts claimed to be inappropriate by the whistleblowers is finally confirmed by the private investigator against the earlier exonerative stand of the ethics committee, then the overall integrity and credibility of the well-respected African institution, AfDB is greatly slammed.

This is against the backdrop of the earlier aspersion by the whistleblowers who had raised serious doubts about the AfDB’s ability to conduct an independent investigation. Could Akinwumi Adesina have exerted so much influence on the executive board and ethics committee composed of diverse nationals so much to dissuade them from performing legitimate function? This calls for worry, it is undoubtedly doubtable.

If that is the case, then the regional members of the Bank who are supposed to be more protective of the institution should be embarrassed for allowing a non-regional member to spearhead such issues that bother on veracity of the regional bank and the continent of Africa.

Or is it a case of veiled execution of revenge against grievance? Can it mean that the regional members are beneath, beating the ‘mystical drum’?

US vehemence on this particular case seems to fascinate many who are aware of the position the North American country occupy in the other regional banks, the Asian Development Bank and the Inter-American Development Bank.

The United State holds the second largest proportion of shares at 15.567% and voting power of 12.752 in Asian Development Bank, closely following Japan with 15.677% shares and voting power of 12.840. Yet, the US didn’t find anything wrong or “unethical” with Japanese monopoly of the presidency of the Bank since 1966 till date.

This is in spite of the criticism that have trailed the presidency monopoly and the recurring call, such as that of John Sinclair, a former official of the World Bank, for ADB to create a more inclusive leadership by adopting open elections.

If questions about leadership of the Bank doesn’t deserve attention of US, just as the allegation of Nigerian favored employment has just done, what of criticism of other regional operation of the Bank. Am sure this bold heading; “50 years of ADB : Debt, Destitution, Destruction, Disparity, & Displacement” speaks volume of the passionate disparagement published on 30 May 2017 by Sushovan Dhar , Ratan Bhandari, Hasan Mehdi

In as much as I don’t wish to dwell much on the details about the staffing allegation, it now become important to point to the reality in the establishment. Detailed calculations based on staff strength shows that, under the presidency of Kaberuka, more Rwandans were employed into AfDB so significantly, that the number doubled between 2009 and 2015 to 28 staff members, i.e., 2.4 AfDB staff members per million Rwandans, compared with 0.276 for the continent’s most populous country.

I personally think it would have been more honorable if the United States had concentrated on championing general reformation of the governance structure of the Bank if the current is no longer or has not been effective in entrenching global acceptable practices.

This would have been preferred to the current position of exhibiting alliance with the whistleblowers to target an individual and disregarding the eminence of the persons that sit on the boards and committees of the Bank, especially, the Ethics Committee

While this view hold sway in my thought, we wait for the outcome of the independent investigation of the allegations and examination of the ethics committee’s earlier submission which exonerated the Nigerian born Akinwumi Adesina.