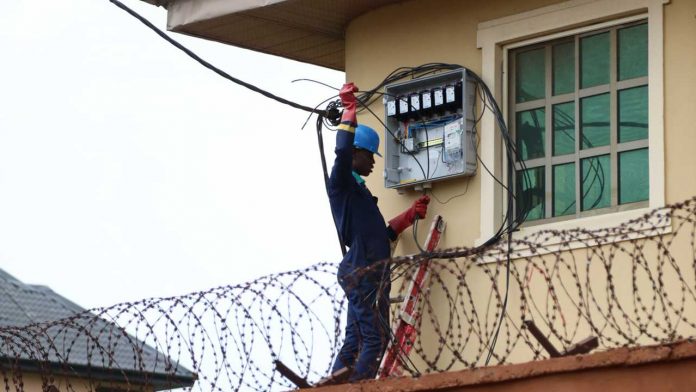 CEM Insight, Lagos
On Friday, May 29, Electricity distribution companies dragged the Federal Government to court to restrain it from further interfering in the corporate business activities of the power firms, as published by Punch Newspaper.

According to the report, the firms claim the government, through the Nigerian Electricity Regulatory Commission and other agencies, had been interfering in the corporate activities of the Discos, a development, they claimed, had hampered their smooth operations.

An official from one of the firms mentioned Nigerian Electricity Regulatory Commission, Transmission Company of Nigeria and National Economic Council as the firms that interfere in their corporate affairs

“The NERC, TCN (Transmission Company of Nigeria) and even NEC (National Economic Council) are often interfering in Discos’ activities, and we need to ask the court to call them to order.” The official added,

The report did not state what the interference are, against the backdrop of the regulatory authority of the mentioned bodies especially NERC.

Information obtained from NERC website shows that the body is established to regulate the power sector in its entire ramification.

“The Nigerian Electricity Regulatory Commission is an independent body, established by the Electric Power Sector Reform Act of 2005 to undertake technical and economic regulation of the Nigerian Electricity Supply Industry. The Commission is to, among others license operators, determine operating codes and standards, establish customer rights and obligations and set cost reflective industry tariffs”.

Part of the statement on NERC site reads; “NERC’s responsibility is to regulate standards of performance for all electricity licensees and monitor performance to ensure that those standards are met and maintained or even exceeded;”

The immediate outgone Minister of Power Babatunde Fashola, August 2019 took time to emphasize the powers vested on NERC to regulate the sector and bring it to full efficiency and productivity, as published by Thisday.

Fashola noted, that issues of consumer complaints and regulations should be directed to the regulatory agency for effective administration and compliance, stating that sections of the country’s Electric Power Sector Reform Act (EPSRA) 2005, vested enormous power on NERC.

“Let me speak to two powers that the regulator has in Sections 73, 74 and 75 of the electric power sector (EPSRA). One of the powers that was vested in that law by the regulator is to undertake an investigation and do several things.

“So, the powers of the regulator for making the reform work must be targeted towards ensuring minimum service levels, licensing conditions are met and until we fully exhaust those powers, it will be premature to say that the reform is not working,” said Fashola.

It truly get someone confused when a statutory regulatory body is accused of interference by an operator. We wait and study the accusation as the litigation unfold.

If the ministry of power no longer have the regulatory control due to the privatization contracts and NERC is restraint from regulating the sector, it becomes obvious that the system is no longer working and privatization has made things worse.

Furthermore, the new turn of events comes contrary to report in March about the Federal Government and the federal government and the power distribution companies (Discos) working towards signing a fresh performance improvement agreement that is expected to lead to an improvement in power supply in the country.

The AllAfrica report quoted the Chairman of Ikeja Electric, Mr. Kola Adesina as saying; “The government has constituted a body, they are reviewing the document and the hope is that by the middle of this year, we would have a sign off on the performance improvement programme.

“So, we are signing another performance improvement plan agreement with the regulator. This new agreement is flowing from the power sector recovery plan.

“So, we now have a roadmap that we are now creating. So, in that roadmap, the expectation is that the government would play its own part, the critical success factors would be made available by government, then we can be held accountable for our performance or lack of performance in the future”; Adesina said

The Nigerian electricity sector is plagued by myriad of challenges from generation to transmission to distribution resulting in abysmal performance of the sector.

The call by the Nigerian Senate to reverse the whole privatization becomes justified. According to the words of the Senate President, Ahmad Lawal, “The privatization of the power sector has, so far, not been successful. We expected efficiency and something better. DISCOs have no capacity to supply us power. The Gencos have challenges too. We shouldn’t continue to give them money. They’re private businesses; we need to review this whole thing. Something is wrong.

On May 27, President Muhammadu Buhari directed the Ministers of power and Finance to “commence the pre-engineering and concessionary financing aspects” of the project with Siemens, according to a statement published on the Presidency’s Twitter page on Wednesday.

The six-year electricity deal signed by the Federal Government and Germany-based Siemens AG in July will cost more than N1.15tn to execute. The three-phase Nigerian electrification project is aimed to achieve 25,000 megawatts of electricity in the country by 2025

Total installed electricity generation capacity in Nigeria is about13,000 megawatts but only 7,500 megawatts of that is available and less than 4,000 megawatts is dispatched to the grid each day. The partnership with Siemens will modernize the existing network before enlarging it until the country can produce and distribute 25,000 megawatts.

The project will be financed by concessionary loans covered by Euler Hermes Group SAS, a large provider of credit insurance, the statement said. The government will “on-lend” the funding to the shareholders of Nigeria’s power distribution companies and Siemens will have sole responsibility for selecting its contractors.