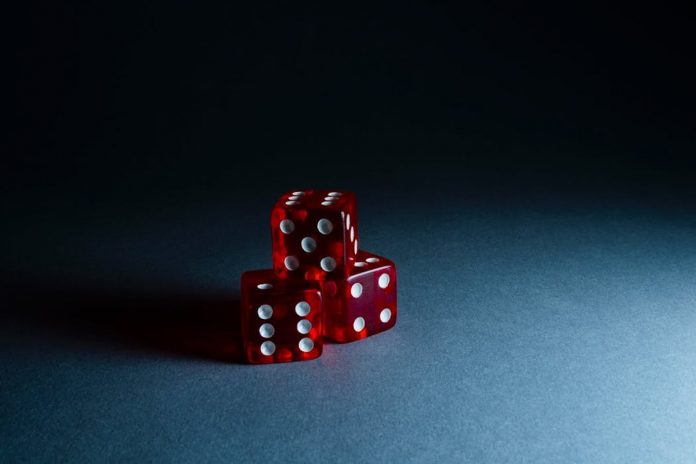 CEM Feature: AERMPN Risk Alert
Continue from the last edition
Still referring to US Secretary of Defence, Donald Rumsfeld’s interview captured in the last edition of the Risk Alert, he said, we also know there are  known  unknowns; that is to say we know  there are some things we do not know. For instance, in the fight against BOKO HARAM, BH  in Nigeria, one of the factors that seems to be recurring and making the fight to prolong is the way information about the Nigerian military strategies leak ‘into the hands’ of BOKO HARAM. It made the Nigerian military to conclude that there may be some of the members of Nigerian forces that are loyal to Boko Haram. So it is a KNOWN factor to the Nigerian military that there are saboteurs within its rank but they do not know (UNKNOWN) specifically who those saboteurs are. It therefore becomes a KNOWN UNKNOWN according to the word of the US defence secretary.

This same issue manifests in the political space in Nigeria, still from the government perspective.  Of  recent,  a  lot  of  very  sensitive  and  highly  classified  documents  gets  leaked from the presidency, ministers, governors etc. How do they leak? It is obvious that these are the handiworks of ‘fifth columnists’ and this fact is known to the government. But what the government still finds difficult to trace or detect are those who could be behind this issue which sometimes cause serious embarrassment to the government. Because of this, it becomes a KNOWN UNKNOWN, simply meaning … we know that there are saboteurs, but we do not know the identity of such saboteurs working against us, neither do we know the magnitude of what they are up to, meaning the extent of damage that they can do.

[Also Read] Uncertainty: Preparing for the Known and the Unknowables

Just about a fortnight ago, the President of the Federal Republic of Nigeria, Mohammed Buhari was to address the nation on the COVID LOCKDOWN update, but few hours to the event, another speech purportedly written by the President or his media team, very similar but distorted version of the original one he would later use in his address, found its way to the public via the social media. How did it get there? Politicians deliberately ‘plant’ people in opposition parties in order to get updates relating to the opposition parties strategies. Before the conclusion of some meetings in which very delicate issues  are  discussed,  the  information  would  have  gone  to  the  opposition  parties  who sponsored the fifth columnist.

This occurrence is not limited to the military, government or politicians, but also frequent in the private sector. Recently, the CEO of a financial institution in Nigeria, in reaction to the ongoing COVID threats to the economy in general and to the financial sector in particular, was addressing some top staff of the bank, and critical issues were discussed and strategic decisions taken ‘in the long term interest of the bank.’. In a jiffy, the video of the address that was obviously not meant for public consumption, was in the social media and the bank in reaction to the ‘emotional backlash’ instantly suffered due to the publication,  had  to  tap  into  Reputation  Risk  Management  strategies  and  issued  statements  to correct the impression. But how did the information leak? The UNKNOWN.

In various organizations, trading, manufacturing, banking, hospitality etc where competition is the order of the day, some staff are deliberately ‘planted’ in competing or rival institutions just for the sake of ‘stealing’ information. Why do you think the products you are planning to launch is the one that your competitor comes up with and quickly launches ahead of your own? Is it a mere coincidence?

As an organization that exists in a competitive world, always have in mind that rivalry and competition (at times cut throat competition) is a KNOWN factor, what is UNKNOWN is the extent that competitors can go in achieving their purposes. Remember Dangote vs BUA and the battle of the COLAs, COCACOLA Vs BIGCOLA in Nigeria.

Known unknowns therefore refers to “risks you are aware of’’ (expected or foreseeable conditions), which can be reasonably anticipated but cannot be quantified based on past experiences. Known unknowns result from recognized but poorly understood phenomena. You know it exists, but you cannot really ‘figure it out’.

Put in another way, Known unknowns are the risks the organization is aware of but the magnitude, size and effect of which it is unaware. For instance in the building and construction industry in Nigeria, one of the greatest challenges faced is the effect of the rainy season on construction activities.  The construction companies know  that  there  will  be rain (KNOWN factor) but the level, magnitude and frequency of the rain when the season eventually starts is always a challenge in construction project risk management because it is mostly  unknown,  thus  placing  such  in  the  category  of  KNOWN  UNKNOWN  since  some parts of the risks affecting the project is known  (it will rain)  and  the other aspect unknown (how much rain, whether its just a light shower or heavy downpour).

Agricultural sector is another that may be impacted heavily by the known Unknown risk. For instance, farmers know that it will rain usually in a particular period of the year, but they cannot really forecast the pattern of the rain. Sometimes the rain would happen normally, sometimes it would not be up to the level required by the farmers and sometimes, it would be so heavy that instead of adding value to the farming season, it may instead come in as a flood. Thus it is KNOWN risk that there would be rain, but an UNKNOWN risk that the rain would turn to flood.

The business and social world are not spared the effect of the KNOWN UNKNOWN as already described and, still using the example of rain which could turn out to be excess or unpredictable.

A video was circulated on social media sometimes ago when it rained in Lagos and this rain became so heavy to the extent that boats were being used on Victoria Island roads by some, instead of vehicles since no vehicle can move on the flooded roads to convey people from one part of VI to the other. The social life in Victoria Island was totally affected to the extent that a reported  first  class  TALK  –OF-THE  –TOWN  wedding  slated  for  the  Saturday  during  the heavy rain still held but in an empty hall. This was despite the huge amount that would have been spent on food and other preparation ahead of the visitors. This was due to the effect of the KNOWN UNKNOWN.

The wedding planners knew that there could be rain since the wedding was planned for the rainy season, this was the KNOWN. However they did not envisage nor could have imagined what happened; the major VI roads inaccessible by guests who had to turn back to their various homes just because of the heavy rain. This was clearly an UNKNOWN risk. Also sometimes last year 2019, a picture circulated on the social media, of a branch of a leading bank in Nigeria located somewhere in Lekki, Lagos. The customers were sitting on the top of tables and some, in the front of tellers’ cubicles. Why? Again, there was heavy rain which resulted to flood and this flood took over every part of the banking hall to the extent that both the staff and the customers were literarily sacked from the building for some days in the week.

Why? Due to the effect of KNOWN UNKNOWN risk. The bank obviously knew that there could  be  rain  since  the  incident  happened  during  the  rainy  season.  KNOWN.  However the extent of the rain was obviously not prepared for because it was UNKNOWN. This is a yearly experience for several bank branches located (in Idumota) in Lagos Island. Some literarily go on holiday during the rainy season while they refer their customers to the other branches in Marina and Broad Street, two major locations that are very close. Why? Their banking halls were usually flooded while some become totally inaccessible during the rainy season. Because of the unknown (un-envisaged effect of rainy season).

To manage known unknown risks, organizations need to have a plan for the most probable outcomes,  and  be  ready  to  switch  to  the  right  plan  of  action  once  they  have  enough  information to convert known unknowns into known knowns. For instance, the experience of having floods every year can help the banks or businesses located in flood prone areas to move the categorization from the known unknown to the known known. This will assist the organization in identifying the level of risk it may be engaging with and allows them to plan for just how much risk it can tolerate in order to run the business effectively.

AERMPN is the foremost professional body for risk management practice in Nigeria. We are an independent, not-for-profit institute, duly registered and approved by the Federal Government of Nigeria (under the Company and Allied Matters Act 1990) to set professional standards in enterprise risk management practice among the practitioners in all industries and sectors (both private and public). For more  information: https://aermp.org/