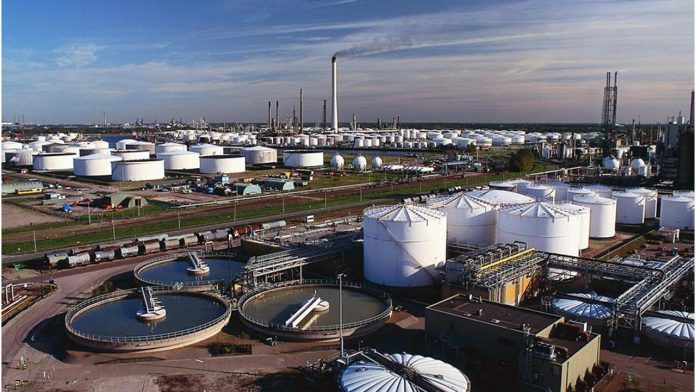 CEM REPORT:
Nigeria crude oil production for the month of April stood at 1.793mbd, OPEC revealed this Wednesday in the May edition of OPEC Monthly Oil Report, OMOR.

This is an increase by 13mbd from March production which stood at 1.780mbd according to April oil report of OPEC.

In summarizing world Oil Demand trend, OMOR stated that in 2020, world oil demand growth is adjusted lower by 2.23 mb/d and is now forecast to drop by 9.07 mb/d.

The report noted that, the worst contraction in major oil demand centers around the world is expected to take place in the 2Q20, mostly in OECD Americas and Europe, with transportation and industrial fuels affected the most.

OPEC emphasized the possibility of mitigating contraction if current lockdowns by countries are lifted earlier.

“Indeed, demand contraction in 2020 can be mitigated with sooner than expected easing of government COVID-19 related measures, and faster response of economic growth to the implemented extraordinary stimulus packages.”

The OMOR further stated that the non-OPEC oil supply growth estimate for 2020, is equally revised down further by almost 2.0 mb/d from the previous projection, and is now forecast to decline by 3.5 mb/d.

This is based on production shut-ins or curtailment plans announced by oil companies – including the majors – particularly in North America; the report said.

Globally, not including the countries participating in the Declaration of Cooperation (DoC) and as of 6 May 2020, around 3.6 mb/d of production cuts have been announced, so far, in response to the lack of demand, low oil prices, excess supply and limited storage capacity.

Therefore, the report said that the 2020 oil supply growth forecast for the US is revised down by 1.3 mb/d to now show a decline of 1.4 mb/d y-o-y. Other large downward revisions are undertaken for Canada and Brazil by 0.3 mb/d and 0.1 mb/d, respectively.

Nigerians to Pay More On Carbonated Drinks from July

WTO issues call for papers for 2022 Essay Award for Young...