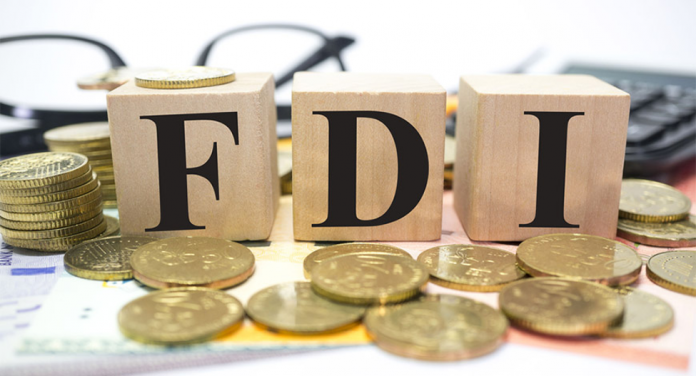 Ghana has entered the top 10 destinations by number of FDI projects in the Middle East and Africa. The gold rich country occupy the 5th position behind Nigeria in the table of FDI destination as it saw a 56% increase on 2018 FDI figures, equivalent to 15 additional projects in 2019.

Ghana capital investment grew by 479%, an increase to $4.8bn in 2019. This was driven by projects such as a $2.8bn production facility being developed by Sweden-based Greenland Resources as part of a public-private partnership with the government of Ghana

The Ghanaian Authority have been pursuing some policy efforts to attract Foreign Direct Investment after the 2018 setback. Some of the efforts include simplifying the complex and lengthy business related procedures while also offering tax incentives.

In 2019, the government announced it would implement ten major reforms to secure more foreign investments. The reforms include dematerialising tax, legal and business registration processes.

Others are automation of issuance of construction permits, operating permits and identification numbers. In addition to these reforms, a scheme to boost the performances of the power sector was initiated.

In the recent years, the country has invested substantial amounts in its oil and gas operations, agriculture and industries.

It is important to note that Ghana is one of the most democratic countries in Africa, and it counts a large and inexpensive labour force, a substantial agricultural base, numerous natural resources and stable institutions.

It is also one of the more open economies to foreign equity ownership in the region.

The fDi Market Intelligence report shows that total FDI into Africa by number of projects grew 49% to 998, compared with a 12% increase between 2017 and 2018

Occupying top of the list is Egypt with inbound investment of $13.7billion representing 12 percent of the total capital inflow to Middle East and Africa followed by UAE with $12.8billion. Saudi Arabia closely followed with $12.3billion

NDLEA Confiscates N8.8 Million Worth of Tramadol in Lagos Mansion