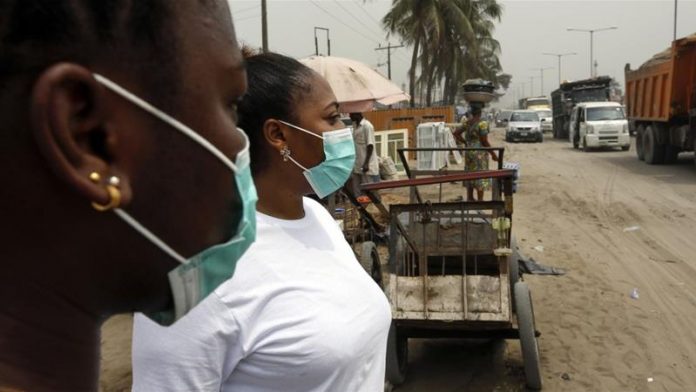 Global death toll from the coronavirus stood at 201,907 as of Saturday, according to the figure released by John Hopkins University

Global death toll from the coronavirus stood at 201,907 as of Saturday, according to the figure released by John Hopkins University. Experts say the figure could be higher as there could be cases and deaths unreported

Countries that had low figures of casualties are beginning to report increased death toll. Nigeria for instance have recorded 1,182 confirmed cases with deaths rising to 35 as the time of filling this report. South Africa now has 4,361 cases with 86 deaths.

In the midst of the still rising confirmed cases and death toll, countries have begun to gradually eased lockdown imposed to minimize the spread of the virus. Two days ago, South Africa’s government announced that it will next week begin easing the nationwide lockdown. President Cyril Ramaphosa attributed the decision to the devastating effect is having on the economy. “While a nationwide lockdown is probably the most effective way to contain the spread of the virus, it cannot be sustained indefinitely,” Ramaphosa said. “Our people need to eat and they need to earn a living.”

For the same reason, the President of Ghana Nana Akufo-Addo announced on Sunday of an end to the partial lockdown in the country after expressing determination to keep monitoring infection rates in the country to enforce a lockdown in hot spots as necessary.

In the United States of America where the cases and death toll is highest, the states of Georgia, Oklahoma and Alaska started loosening restrictions on businesses despite warnings from experts that such steps might be premature. In Texas, retailers are allowed to sell items for curbside pickup.

In Europe, countries like Spain, Italy, Belgium have all began to plan or implement some easing measures starting from May 2. In France, the government prepared to ease one of Europe’s strictest lockdowns from May 11.

In Asia, India has reopened neighborhood stores and also has allowed manufacturing and farming to resume in rural areas to ease the economic plight of millions left jobless since March 24 when the lockdown was imposed.

Sri Lanka had partially lifted a month long daytime curfew in more than two thirds of the country. But it re-imposed a 24-hour lockdown countrywide until Monday after a surge of 46 new infections, its highest increase in a day.

However, Health officials and the World Health Organization has warned against hurried ease of lockdowns by governments. WHO Director General Tedros Adhanom Ghebreyesus said on Friday the agency would like to see an easing, but cautioned that “lifting restrictions could lead to a deadly resurgence”.

As reported by Al Jazeera, Yanzhong Huang, senior fellow for global health at the United States-based Council on Foreign Relations said that any one country or region’s success in containing the disease was shaky so long as the pathogen continues to sicken people elsewhere.

“There is a real risk of resurgence of cases for two reasons: the prevalence of asymptomatic people who might spread the disease without knowing they are sick, and the threat from imported cases,”

Now there is struggle ragging between lockdown to fight the disease and the concern for serious economic negative impact. Governments fear that if the lockdown is prolonged, it might result in irreparable damage that may sink some economies.

The World Health Organization and the World Bank need to issue guidelines regarding some of the health and economic considerations that have conflicting ends to enable governments make better informed decisions.

You Can Now Own A Telegram Account Without a SIM Card