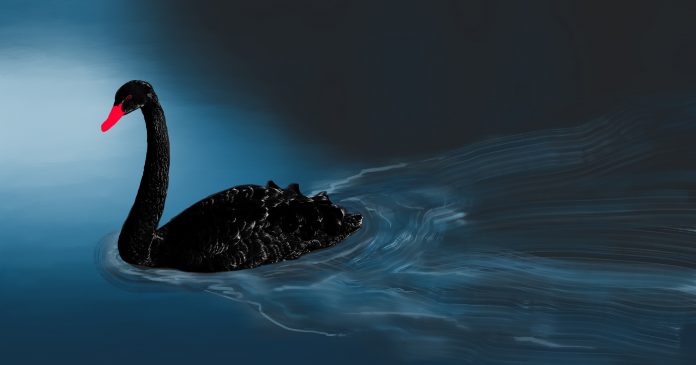 LESSON 1
IS COVID 19 A BLACK SWAN, A WHITE SWAN, OR SIMPLY A GREY RHINO?
Lets quickly look at the meaning and origin of the terms before proceeding.

that is beyond what is normally expected of a situation and has potentially severe consequences. Black swan events can cause catastrophic damage to an economy, and because they cannot be predicted, can only be prepared for by building robust systems.

Wikipedia’s account states that Black swan events were discussed by Nassim Nicholas Taleb (former derivatives trader, risk analyst and a Professor of Risk Engineering at the University of New York) in his 2001 book titled  –  Fooled  By  Randomness, which concerned financial events. In his follow up book titled The Black Swan, Taleb extended the metaphor to events outside financial markets.

Taleb regards several of the major scientific discoveries, historical events, and artistic accomplishments as “black swans”—undirected and unpredicted. He gives the rise of the Internet, the personal computer, World War I, the dissolution of the Soviet Union,  and  the  September  11,  2001  attacks  as  examples  of  black  swan  events,  simply because all of these are unprecedented. His account states that :

What we call here a Black Swan is an event with the following three attributes.

First, it is an  outlier, as it lies outside the realm of regular expectations, because nothing in the past can convincingly point to its possibility;

Second, it carries an extreme ‘impact’;

Third, In spite of its outlier status, human nature makes us c oncoct explanations for

its occurrence after the fact, making it explainable and predictable.

In summary, the event therefore possesses the following characteristics:  Rarity,  Extreme  ‘impact’, and  Retrospective  (though not prospective) predictability, that is, the human tendency to find simplistic explanations for these events, retrospectively,

Taleb contends that banks and trading firms are vulnerable to hazardous Black Swan events and are exposed to losses beyond those predicted by their defective financial models.

Before the discovery of  Australia, people in the old world were convinced that all SWANS were WHITE, an unassailable belief as it seemed completely confirmed by empirical  evidence.   No  one  before  this  time  in  the  old  world,  had  EVER  seen  a BLACK SWAN; all the existing SWANS at that time were WHITE. The sighting of the first set of black swans in 1697 by a team led by Captain Willem De Vlamingh (who were actually searching for a lost ship on the instruction of the Governor of Dutch East Indies) was frightening, unbelievable, surprising and caught the whole world (at that time)  unawares.  This is  where  the  term  BLACK  SWAN  originated  from.  Hence, black Swans are singular, highly unlikely events that are not prepared for.

Therefore, is the CORONAVIRUS event a BLACK SWAN?

Many of the current generation may not remember that this is not the first pandemic and that  there  have  been  many  of  such,  which  were even  more  devastating  than  the  current one. Some of these are highlighted below:

Like its five previous incarnations, the Sixth Cholera Pandemic originated in India where it killed  over  800,000,  before  spreading  to  the  Middle  East,  North  Africa,  Eastern  Europe and Russia. American health authorities, having learned from the past, quickly sought to isolate the infected, and in the end only 11 deaths occurred in the U.S. To be continued….

AERMP is the foremost professional body for risk management practice in Nigeria. We are an independent, not-for-profit institute, duly registered and approved by the Federal Government of Nigeria (under the Company and Allied Matters Act 1990) to set professional standards in enterprise risk management practice among the practitioners in all industries and sectors (both private and public). For more  information: https://aermp.org/

Russia to Export Oil to Pakistan Amidst Sanctions