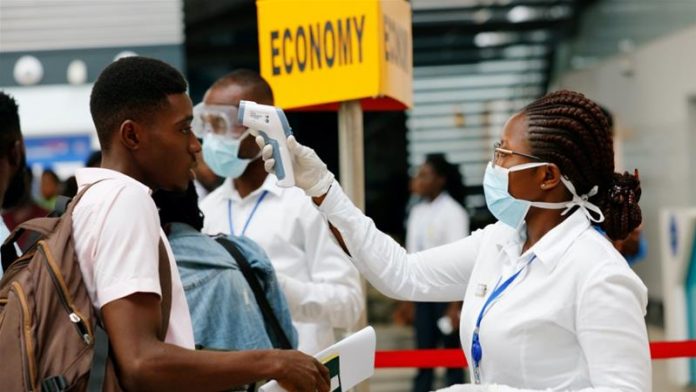 How will Sub-Sahara Africa survive this economic crisis? This is a question borne out of full knowledge of already predominant economic state of most Sub-Sahara African counties coupled with the economic devastation the coronovirus pandemic is sure to cause for these countries.

Of course, Sub-Sahara Africa is known to be characterized by heavy international and local debt, rising inflation, slow economic growth and low capacity and  productivity. Therefore critical measures such as social distancing, working from home and outright border closure associated with the fight against the pandemic is an additional strain on already fragile economies.

In major summary, the International Momentary Fund, IMF stated in their blog Wednesday that the ravaging coronavirus will affect these African countries in the following ways:

“One: the very measures that are crucial to slowing the spread of the virus will have a direct cost on local economies. The disruption to people’s daily lives means less paid work, less income, less spending, and fewer jobs. And, with borders closed, travel and tourism are quickly drying up, and shipping and trade are suffering.

Two, global hardships will spill over to the region. The slowdown in major economies will see global demand fall. Disruptions to production and world supply chains will weigh more on trade. Tighter global financial conditions will limit access to finance. Countries are likely to also see delays in getting investment or development projects off the ground.

Three: the sharp decline in commodity prices will hit oil exporters hard, compounding the first two effects. The price of oil has tumbled to levels not seen in decades. We don’t yet know where they will settle, but with oil prices already down by more than 50 percent since the start of the year, the impact will be substantial. We estimate that each 10 percent decline in oil prices will, on average, lower growth in oil exporters by 0.6 percent and increase overall fiscal deficits by 0.8 percent of GDP.”

In reality, the region needs substantial support to first of all fight the pandemic and then aid recovery after the health crisis, otherwise countries could slip into irreversible economic state or prolonged economic  comatose.

In this front, IMF offered some monetary and fiscal measures that may add significant tempo to economic recovery.

Medium-term fiscal policies consistent with debt sustainability should take center place. Government s need to focus on policies to stimulate economic production and market driven activities. Targeted cash transfers could also be considered to help individuals and households under strain which will have significant strength to purchasing capacity.

Governments should likewise consider targeted and temporary support for hard-hit sectors such as aviation, tourism, and manufacturing. For instance, temporary tax relief through targeted reductions or delays in paying taxes, granted delays in paying loans and interest could help address cashflow shortfalls for affected businesses.

Other measures could include minimizing disruptions to much‑needed credit and liquidity for businesses, including central bank liquidity provision or temporary credit guarantees.

On the part of IMF, the Fund is making $50 billion available via rapid-disbursing emergency facilities, including $10 billion on highly concessional terms for low‑income countries.

With this, the fund is accelerating efforts to back countries in the region. So far, the Fund has received requests for emergency financing from close to 20 countries, with requests from another 10 or more countries likely soon.