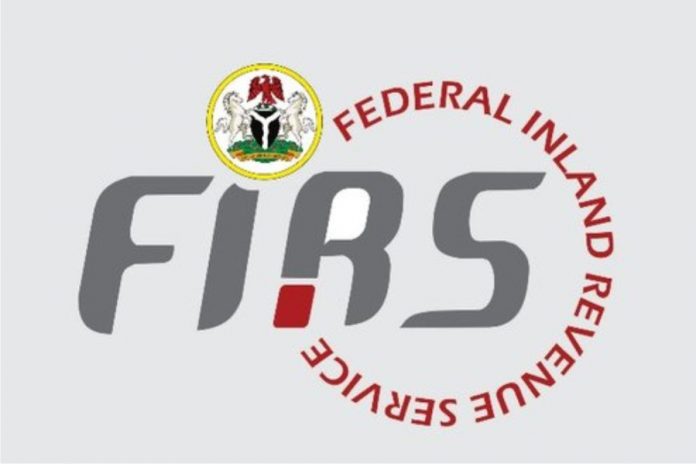 Executive Chairman, Federal Inland Revenue Service (FIRS), Mr. Muhammad Nami, has urged all tax collecting agents in the public and private sectors to make correct collection and prompt remittance of all collectable taxes high priority so that Nigeria can derive maximal benefit from the 2019 Finance Act.

This is as contained in the press statement released Tuesday by Director, Communications and Liaison Department of Federal Inland Revenue Service, Abdullahi Ismaila Ahmad

Mr. Nami gave this charge in Lagos on Tuesday during his on-going tour of the South-West. Mr. Nami was at the Government House, Alausa, Lagos where he met the Governor of Lagos State, Mr. Babajide Sanwo-Olu, and the headquarters of the National Airspace Management Agency (NAMA) in Ikeja.

Mr Nami also held an enlarged meeting with Management and members of staff of the FIRS in Lagos at the Service’s Agidingbi Office where both Management and Staff exchanged ideas on strategies to achieve the aims of the 2019 Finance Act.

The FIRS helmsman was accompanied by the top hierarchy of the FIRS and two Members of the FIRS Board, Chief Adewale Ogunyomade (South-West) and Mrs. Ehile Akintola  Aibangbee (South-South).

In his presentation to Governor Sanwo-Olu, Mr. Nami gave a broad overview of the palliatives available to taxpayers in the 2019 Finance Act, including a reduction in Company Income Tax for Small and Micro Enterprises (SMEs) from 30% to 20%; exemption of SMEs who make a turnover of less than #25 million  from paying value added tax (VAT) and a further cut by 2% for corporate and individual taxpayers who file their CIT or Personal Income Tax (PIT) returns three months before due date.

He stressed that Lagos and other states should do this as a patriotic duty and in self-enlightenment since these taxes “still come back to you through budgetary allocations”.

The FIRS chief disclosed that a number of multinational companies operating in Lagos State have not paid CIT since 2011 as they appeared to have perfected the illicit act of profit shifting to escape paying tax. He stated that “the FIRS and the Lagos State Government need to collaborate to map out strategies to tax these tax-evading companies whose goods and services we all consume or patronize and who also use public infrastructure to do their business but yet repatriate their profits home. We need to tax them so that we can have the fund to combat insecurity, build and maintain public infrastructure and provide social amenities for Nigerians.”

Responding Governor Sanwo-Olu said the Nigerian economy has the capacity to generate more than the N8.5 trillion the FIRS has been mandated to collect “when we look at our economic indices. And we need this money. It is only when the FIRS does well that we can get this money through the FAAC. We in Lagos pledge to work even closer with you in the FIRS to meet your target. We also pledge to use the money judiciously in the service of the public when it comes back to us as allocation”.

At NAMA where he was received by Director, Safety, Electronics and Engineering Services (DEES), Engr. Farouk Ahmed, Mr. Nami stressed that collecting agencies should support the FIRS by re-dedicating themselves to correct assessment, collection and prompt remittance of all taxes accruable to the Federal Government.

He tasked collecting agencies to deduct stamp duty, withholding tax and CIT from their contractors “at the point of payment and promptly send these to the FIRS” in lump sum, rather than staggered payments as is the current practice. This, he said, “is better for everybody as we would all have to do less reconciliation and enforcement activities, and we can therefore use the saved time to expand the tax net.”

Mr. Nami also clarified that outstanding VAT on contracts invoiced before the February 1, 2020 commencement date of the 2019 Finance Act should be paid on the old VAT rate, stressing that all collecting agencies in default in this regard should clear this up immediately.

The FIRS chief urged NAMA and similar collecting agencies to increase their diligence in collecting offshore taxation from service providers based outside Nigeria, saying “if you don’t take offshore tax from them, they will take it back to their countries and pay it there. But we need this money more in Nigeria to fight insecurity, build public infrastructure and provide social amenities for our people.”

The sensitization tour continues on Wednesday.