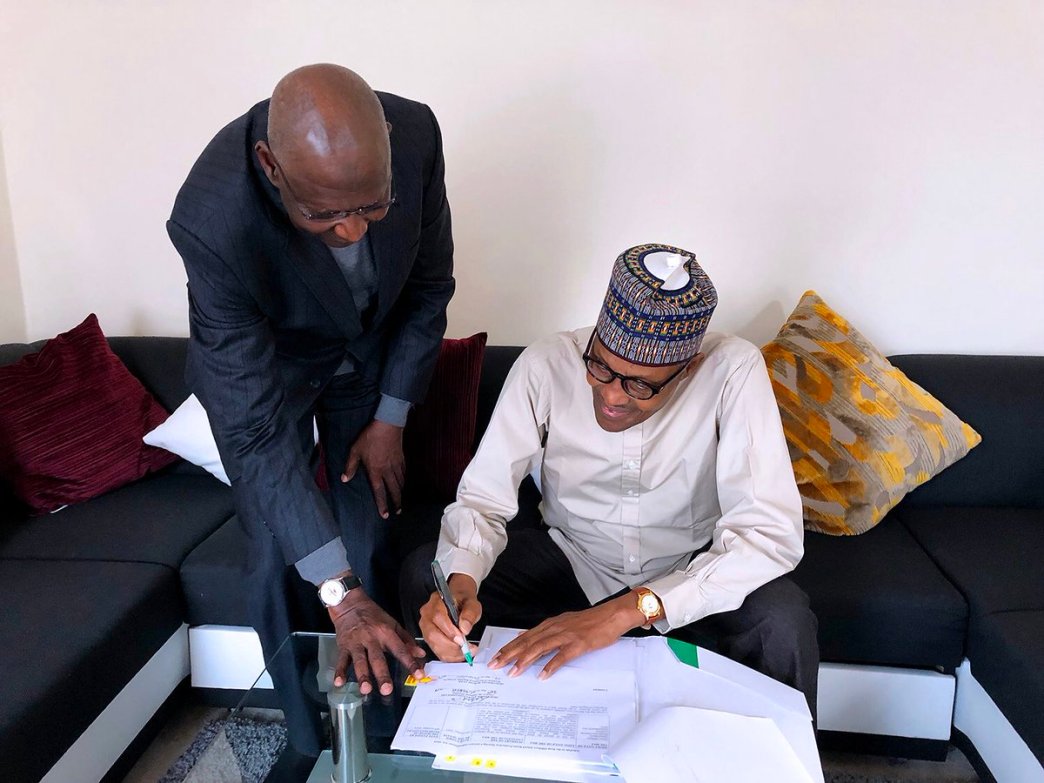 President Muhammadu Buhari today singed the amended deep offshore act in London. The President signed the bill after being presented with the document by the Chief of Staff Abba Kyari who paid him a personal visit in London.

In a statement signed by the President spokesman Garba Shehu, Buhari said;

“Today I signed into law the amended Deep Offshore Act. Nigeria will now receive its fair, rightful and equitable share of income from our own natural resources for the first time since 2003,”

“In that year oil prices began a steep increase to double – and at times – triple over the following decade.

“All this time Nigeria has failed to secure its equitable share of the proceeds of oil production, for all attempts to amend the law on the distribution of income have failed. That is, until today.

“Rapid reductions in the cost of exploration, extraction and maintenance of oil fields had occurred over these 25 years, at the same time as sales prices have risen.

“A combination of complicity by Nigerian politicians and feet-dragging by oil companies has, for more than a quarter-century, conspired to keep taxes to the barest minimum above $20 per barrel – even as now the price is some three times the value.

“Today this changes. For the first time under our amended law, 200 million Nigerians will start to receive a fair return on the surfeit of resources of our lands. Increased income will allow for new hospitals, schools, infrastructure and jobs.

“Today marks a new and beneficial relationship with our oil company partners: one that benefits all – starting with the Nigerian people.”

With the signing of the Deep Offshore (and Inland Basin Production Sharing Contract) Act which was recently passed into law by the National Assembly, it has become an act which upon this effect is capable of generating additional USD200m as revenue to the federal government. You will recall that the President stated this during the last budget presentation making the signing and implementation of the act as a priority to generate more revenue for the implementation of the 2020 budget