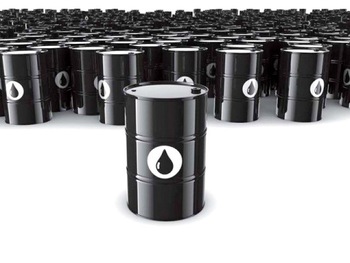 The volume of the Bonny Light produced  in August stood at 1,905mbd. This is 4.09 percent increase from the 1.827mbd produced in July. This is according to the OPEC Monthly Oil Report released Monday 16 2019. This figure is based on direct communication. Meanwhile from secondary sources, the volume produced is 1.866mbd.

This volume of oil production still trail below the 2019 fiscal budget benchmark of 2.3mb/d with its attendant shortfall in revenue to the Federal Government. This volume is further expected to decline in the month of September following the closure of the Nembe Creek Trunk Line (NCTL), as announced by the terminal operator, Shell, yesterday. The 150,000 b/d Nembe Creek Trunk line, a main oil pipeline connecting the Bonny terminal, has persistently been a target by militants in the oil rich region.

Meanwhile, the price of the OPEC Basket within which the Nigerian Bonny Light Crude is categorized sold for 64.57dpb in the world market yesterday defiling initial speculation. It was earlier in the week speculated that price may spring up to as high as 80dpb following the drone attack on Saudi oil facility which was expected to impact world supply for months. But price heat calmed when Saudi authority announced that production will be restored in a week.

The OPEC Monthly Oil Report stated that world oil demand in 2019 is expected to grow by 1.02 mb/d, which is 0.08 mb/d lower than last month’s projection. The drop can be attributed to weaker-than-expected data in 1H19 from various global demand centres and slower economic growth projections for the remainder of the year. Both OECD and non-OECD demand growth forecasts were revised lower, by 0.03 mb/d and 0.05 mb/d, respectively. In 2020, world oil demand is projected to increase by 1.08 mb/d. This also represents a downward adjustment of 0.06 mb/d from the previous month’s assessment, mainly to accommodate changes to the world economic outlook for 2020.

On the supply side, the report indicated that global oil supply in August increased by 0.83 mb/d m-o-m to average 99.24 mb/d, compared to the previous month.

Non-OPEC supply (including OPEC NGLs) increased by 0.70 mb/d m-o-m to average 69.50 mb/d in August, higher by 1.48 mb/d y-o-y. Preliminary incremental production in August was mainly driven by the US, Canada, Malaysia, Brazil and Russia.

The share of OPEC crude oil in total global production declined by 0.1% to 30.0% in August 2019 compared to the previous month. Estimates are based on preliminary data from direct communication for non-OPEC supply, OPEC NGLs and non-conventional oil, while estimates for OPEC crude production are based on secondary source

What African Countries Need To Learn From China