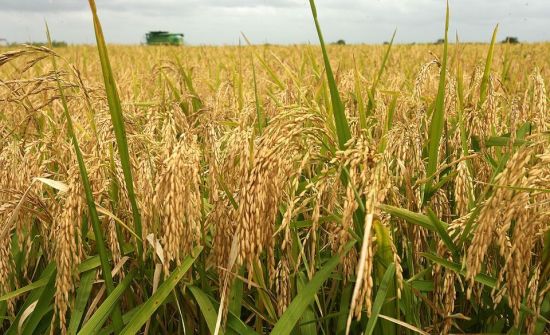 P rice of rice have gone up as retailers of the commodity decry short supply of the commodity. A visit to the Iyana-Ipaja market in suburb of Lagos state reveals that a bag of foreign long grain rice which previously sold for 13,500 and 14,000 now sell for between21,000 and 22,000 while the short grain now goes for 20,000 as at 5th September as against 13,000 it previous sold representing an increase of about 57.14 percent

The dealers as expected attributed the increase in price to the closure of borders between Republic Benin and Niger. Chinedu simply said “government closed the border, so rice no dey again”. Government recently announced partial closure of the borders as a measure against smuggling of rice through the neighboring countries into the Nigerian market aimed at strengthening local production of the commodity. While the development was highly welcomed by a section of Nigerian especially the Rice Farmers Association of Nigeria RIFAN which described is as policy long overdue, others saw as unfriendly. RIFAN saw it as a step in the right direction, since they assert that smuggling is one of the factors against local production and of course, it will impact positively on their business.

A further probe into the availability of the locally produced rice didn’t give a satisfactory outcome. Out of 10 shops visited, only two have a few bags of local rice and with the short supply of the foreign brands, dealers are fast going out of stock.

A consumer had this to say “stopping importation of foreign rice to me is not supposed to be done now since the local ones is not available. They should have made sure that they produce rice in large volume before stopping importation” This probably represent the view of many Nigerians who view it as bringing the cart before the horse.

According to our report published on the Nigerian food sufficiency status which compared volume of local production and consumption of various food items, Nigeria still have a gap of between 2.7 million tonnes and 3 million tonnes of rice which invariably was being filled through importation. It then means that with drastic measure against smuggling, about 2.5million tonnes is off the market

There are two issues here; first is how established is the fact that rice importation limits local production and if it is, what is the relationship between production (growing and milling) and importation. The second is what time lag would be needed for local production to fill up the gap created by this closure? This is a crucial consideration against economic implication on the part of dealers and consumers..

Going back to the first, while the foreign rice sold for 21,000 per bag, locally produced one sold for 18,000 as at the time of filling this report. In comparism, the locally produced rice is cheaper than the foreign and by implication is supposed to attract more patronage. Surprisingly, reverse is the case. As David, one of the shop owners put it; “is only those that have no choice that buy local rice”. He explained further saying ” local rice is not fine and those that buy from me always complain that it usually gum together”. By implication, low patronage of local brands is due to poor quality when compared to foreign brands. If the local rice is as polished and clean as the foreign brand, it probably would compete favorably since it is cheaper.

Rice is an annual crop often planted with the onset of the raining season and harvested towards the end of the year on subsistence level. For mechanize/improve practice, two cropping is possible such as that of Olams. It means that the volume of the commodity that will be in the market for sale is determined by the number of hectares cultivated in the outgoing crop season and the yield per hectare of the crop. With estimated increase of 2.5 percent, reduction in production – consumption gap is not expected to make a significant figure. If this total ban is continued and considering the place of rice as a major staple food in Nigeria, consumers will have to grapple with the scarcity of the commodity for a considerable time that no one is able to tell. We may be returning to the days of queuing to get a ration even in the approaching yuletide season.

Anyway, since Nigerian consumers will have no other choice, the local brands is expected to enjoy more patronage and attract improved price as it has started already. How beneficial is that to the economy in the short run?

The first objective of the Federal Government in this policy drive is to save forex that goes into importation into the country. The second objective is to increase rice farmers income, attract more farmers into the cultivation of the crop and expand its total hectrage. These are truly laudable. The government has also put in place some funding measures to aid production of rice and other agricultural products and this is equally commendable. Still, driving these objectives would probably have been approached strategically, vigorously and consistently for a period of at least another 5 years with concerted effort on cultivation and in the value chain.

As mentioned before, the very reason why local rice don’t compete well with foreign is face value. Local rice finish poorly and are less attractive. The reason is that local millers depend on obsolete technology. Mary-Ann Russon, a BBC News Business Reporter, quoted Suwe Bah, a rice miller in Kanko village in Niger state thus:

“The milling machine works well and we produce up to 50 bags of rice per day, except for days when there are power outages,” rice miller told the BBC.

“We still can’t mill enough bags brought in by farmers – we need funds to buy bigger and more advanced machines, so we can make more profit with less effort.”

“We’re hoping the government comes through on its promise to support us with machines and agricultural imports like fertilisers and pesticides, so that we can be more productive than we are currently,” He continued;

“We have so much land lying fallow, but it’s tedious to till the ground during planting, and harvest these enormous rice ploughs.”