Home Uncategorized MoFBNP: What Do We Expect From the Merger? 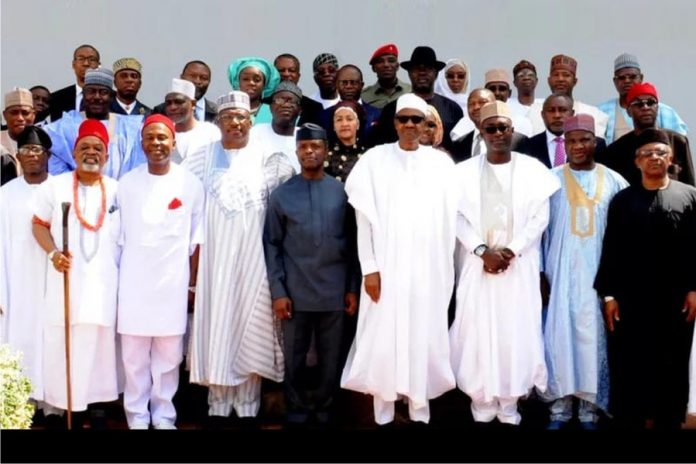 A lmost 3 months into the new administration, the awaited cabinet comprising of 43 Ministers was sworn in last week. No doubt, absence of the cabinet had a negative effect on the performance of the economy since there was limited fiscal spending. The inauguration of the new cabinet has given some hope that the economy will perform better in the coming quarters than the previous ones. Most striking in the new arraignment is the return to the old status of having Finance, Budget and National planning under one control and separating the Power Ministry from the former Power, Works and Housing Ministry to become Ministry of Works and Housing. These three ministries along side with the ministry of transport are in strategic position to determine what will happen to the Nigerian economy from now; at least within the next four years. I call them the Critical Economic Ministries.

Merging Finance, Budget and National Planning into one Ministry by this government brings into fore the argument for and against this arraignment. Some argued that the two establishments are performing the same function in three different process. It is argued that since the Ministry will eventually effect disbursement of funds for the implementation of the budget, then it should be at the center of its development . Furthermore, If national planning involve setting economic targets and creating policy in the same direction which ought to inform the budget formulation, then it is better that the body in charge of disbursement is integrated into the entire process. The expected gain of this is efficient coordination of budget and policy formulation and implementation. This argument only seems to hold sway in a society where culture of commitment exist. This is the argument of those who oppose the merger of the two Ministries. There is this fear that the Honorable Minister will be preoccupied by short term monetary and fiscal policies with less attention on long term planning. Resultant effect of this is policy truncation.

Now what does this return to status quo holds for the management of this economy in dare need of quality policies and concerted action? How will this put an end to reoccurring budget delay with its attendant half-hazard implementation? What will this Ministry now begin to do to set the GDP in the upward motion? These are the major concern of every economic stakeholder. It is hoped that the managers of the ministry will prove the critics wrong by setting the country on short and long economic pathway by urgently putting in place action to address the aforementioned.
Following projections in our last week outlook, It is expected that fiscal angle will compliment the monetary push of the CBN to create the required stimulation for the economy to pick up. The Nigerian Bureau of Statistics is expected to release the second quarter GDP report this week. Corroborating MPC expectation, growth in the second and third quarters is expected to be slow. However, with expected budget implementation which is expected to take full effect in the last quarter of 2019, growth may be experienced.

We should also note that price of crude in the international market is doing below budget benchmark. In this fate, it is then not out of place to say that Nigerians should expect more borrowing.