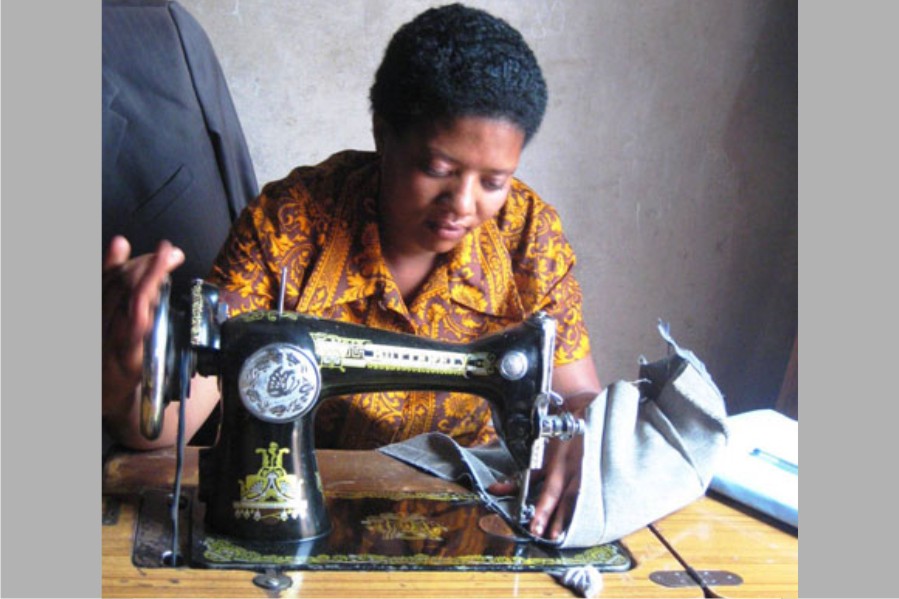 T he fashion industry is a sold as civilization. Before the mid-19th century according to Wikipedia, “the division between haute couture and ready-to-wear did not really exist. All but the most basic major pieces of female clothing was made-to-measure by dressmakers and seamstresses dealing directly with the client, and fitting to her shape. Charles Frederick Worth is believed to be the first fashion designer of the world, from 1826 to 1895. Charles, who was earlier a draper, set up a fashion house in Paris. It was he who started the tradition of fashion houses and telling his customers what kind of clothing would suit them.

The available data on Nigerian Fashion Industry shows that it now worth N380 billion contributing 0.4 per cent to the Nation’s GDP. I think the industry worth more than the available estimates. Most recent of these estimates is the Euromonitor’s estimation of Africa’s apparel and footwear market to the tune of $31 billion which suggested that Nigeria’s fashion industry could worth $4.7 billion.

“there is great potential in the industry and capable of cutting the nation’s unemployment figure by 40% by the end of 2020.”

What is important in these estimates is that there is great potential in the industry and capable of cutting the nation’s unemployment figure by 40% by the end of 2020. There are many factors which points to this assertion are that

1. There is a continuous rise in the demand for Nigeria’s designs in the international market. Export activities in the industry has grown tremendously over the last 2 years contributing substantially to the non-oil earnings of the country which grew by 12.3 per cent to $967.08 million according to the Q1 2018 export earnings report. Nigerian designers’ creativity, activities in the social media and patronage by Nigerians in Diaspora have contributed so greatly to the sudden high demand for Nigeria designs abroad

One factor that have worked for the advantage of Nigerian designers is the unending combination possibilities of the foreign old designs and the African traditional wares and this have created a wide window for inventiveness. African designers now uses the African fabric to sew foreign trouser style, he now uses the foreign trouser material to design the African native ware. With is, designs from Africa continue to appeal to consumers across the globe with no end in sight for its demand

2. There is now attention on the industry by the authority as evident in the numerous vocation trainings of which fashion designing is often a part. Example is the Nigerian Air Force Wives Association, NAFOWA’s annual program to train wives and children of Air Force Personnel. Similarly, Fashion designing is one of the cardinal programs of the N-Power of this administration just like the Nigerian Women Affairs and many other NGOs and State Governments. All these programs sends practitioners to the industry on a regular and continuous basis.

Though this is the route to one of the challenges of the industry which is low capacity building and utilization, it is also the way to effect capacity upgrading of the industry. It is however a  Funding which has been a major constraint in the industry is now being addressed even before this administration. The current N1bn BOI fashion fund is facilitating further expansion in the industry.

It requires not much capital for sewing skills acquisition and start up. This is an advantage for the industry. It therefore means that sewing skills can be acquired and gradually developed without huge capital requirement. . “To acquire sewing skills takes average of 6 months to 2 years depending on the capacity of the learner,” said Grace, a fashion shop operator in Gowon Estate. The cost of acquiring such skills from such small holder shops ranges from N20,000 to N50,000 which is often paid on installment. For the fact that it is an industry that serve every human being both young and old and  male and female, the growth is endless.

However, there are numerous challenges which has kept the industry down.  Among these challenges, there is a peculiar challenge which seems to limit the expected growth in the industry. Majority of Fashion Designers went into the industry as an alternative to acquiring formal education . It means that majority of the industry practitioners are not endowed adequate business related education. This poses a limitation to the utilization of effective business skills to expand their frontier.